Where gaming and beer come together 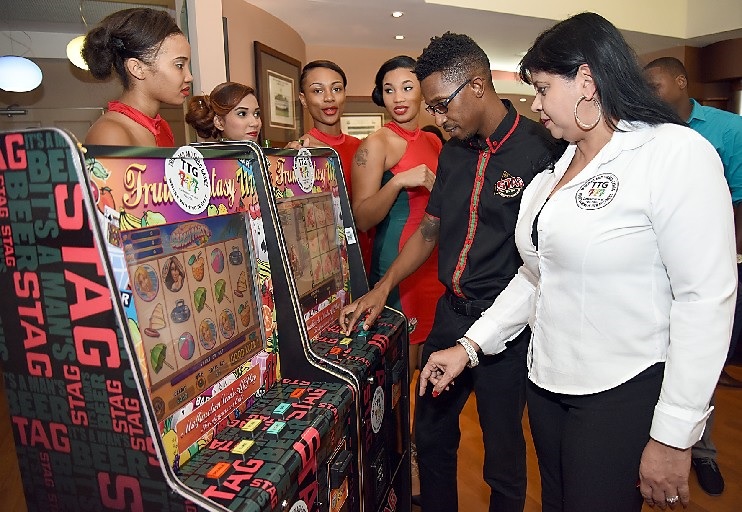 CARIB Brewery Ltd (CBL) and the Trinidad and Tobago Gaming Association (TTG) have partnered in an effort to create a more fulfilling “bar experience” to customers.

At a news conference held yesterday at the ANSA McAL booth, Queen’s Park Oval, Port of Spain, officials from both entities hailed the partnership as “unprecedented” and “innovative”.

The organisations have planned a series of promotional activities to mark the launch of the three-year partnership, with Stag beer which is manufactured by CBL, being at the forefront.

Stag brand manager Shehann Caruth said the partnership was born out of a realisation that bars are no longer just places to drink but places where people seek entertainment and amusement.

“Five years ago if you told us that consumers would go into bars, by themselves or with friends, and play slot machines for hours, we probably would have told you ‘not in T&T’,” Caruth said.

“However, since then a lot has changed, global market trends and social media have ensured the emergence of new and dynamic consumer behaviours. No longer is a bar just a bar. It is now a place where the consumer seeks to combine amusement, reward, and their favourite beverage all under one roof…”

CBL and TTG have collaborated to create the Stag/TTG Accumulator Promotion and will be co-branding gaming units in some 500 bars around the country.

This exercise began yesterday and will be followed by a number of promotional activities at different locations each week.
The third phase of the promotion will include opportunities for game players and customers purchasing Stag beer to win a cash prize of $50,000 and a year’s supply of Stag.

“You will now have a more total experience when you go into a bar,” she said.